Also a Rave about Shamus whos business Intelligen Technology Solutions provides a high value highly efficient low cost Virus Protection
With online fraud up dramatically we all need all the protection we can get!
To get in touch with Shamus look up his website http://intelligen-tech.com.au/ or get in touch with us to connect you 🙂

Found a New Love of Cleaning!

Vicki, I am absolutely loving the new products. As a Mum of a young lad in Prep I am very conscious of all the chemicals around us.

I’ve found a new love of cleaning! No joke! Now I enjoy a sparkling tidy house without the guilt of exposing my family to all the nasties.

Supre to the rescue

Supre to the rescue…

I cleaned my daughters shower in her rental apartment the other day (she had a Landlord inspection coming up – and asked for my help).

First, I cleaned between the grout with the Ultra and a scrubbing brush, which is what she said she uses to get the “pink” off. As you can see in the before and after shots it certainly did its job.

Then I sprayed the Supre on the shower screen which had quite a bit of build up on it – but given the tiles were also pink I didn’t think much of it. I went away for about half an hour – distracted with something else and when I got back to it, I did a quick respray to wet it all down then simply wiped with a cloth. It all came off easily and wallaaah ! Clean shower.

My daughter was very grateful and expressed several times how she had never seen her shower screen so clean. She said it had been that way since they moved in – so whatever the previous tenants / owners were using wasn’t as effective as Supre either.

What I didn’t realise was she had been using the Ultra on the shower screen too. I had assumed that after 20+ years living with her Tri Nature devoted Mum that she knew to use Supre on shower scum and other grimey, stuck, fatty build ups on stoves, showers and benches, high chairs etc.!

So coming home from my daughters house, I discovered a mess in the kitchen and some stuck “mystery” on the sink and tap – maybe chocolate – anyway it was pretty stuck – so out came the supre, a quick spray, load the dishwasher – then wipe away the mess – walllaah !! Clean sink

So simple but so Supre 😉

When looking for a chemical free I can highly recommend Vicki’s Tri Nature products.

Domestic Cleaning is not my forte and I have found using the Tri Nature bathroom cleaning products to be so easy. I simply apply the product walk away for 15 minute, come back wipe it off and give it a rinse.

I am also a massive fan of the Tri Nature glass cleaning products, as I have never been able to clean glass without leaving streaks. But amazingly my mirrors and windows are all streak free.

Testimonials for Joint and Muscle rub

I have just found out how amazing the joint and muscle rub is for people who have had an epidural.

One of my clients was having a lot of pain where the epidural was put in during the birth of her son. She had been in pain on and off for a year.

She decided to try the join and muscle rub and has been pain free ever since!

Testimonials for Joint and Muscle rub

I have been using the Joint and Muscle rub for a number of years. I had a back injury and there are times I have been in excruciating pain. Using the joint and muscle rub gives me enough relief so I can sleep at nights and when my back is at its worst I can sit for a while in some comfort.

Help to keep costs down

“I’d like to give a testimonial to vicki for helping me with my bills. some of the time I work out of my home office, and together with my airbnb, keeping my costs to a minimum is essntial to keeping my work profitable and serving my interests.

Keeping your bills down to a minimum is one of those things that you always know you need to do but never like getting around to doing.

Which is why vicki was super helpful. Having switched my electricity bills over about a month ago, I was surprised how small the costs were when the first bill came in yesterday.

All was done by vicki in a matter of minutes and i’ll be getting the benefits for a long time to come.” 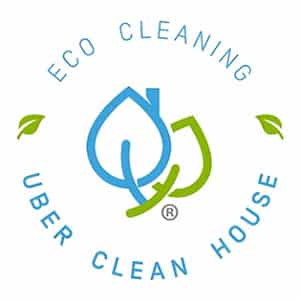 I’d like to give a testimonial to Vicki Williams from Safe, Clean & Crafty. Security is obviously very important to a jeweller, especially in light of the recent spate of robberies of jewellery stores in Melbourne. I was previously with another alarm monitoring company for 6 years but upon moving my store across the road I thought I’d do my research & see what other security options were available. Vicki Williams represents ADT a very trusted security company by jewellers.

Vicki was able to beat the alarm installation & on-going monitoring costs of my previous security provider by 20%. The installation went very smoothly & professionally. I can check the alarms status from my smartphone. I’d definitely recommend Vicki to anyone after a home or business alarm package.