The Philosophy of “Gentle Chemistry” 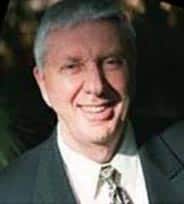 It is timely to review our history: many newer distributors, customers and members are only aware of today’s Tri Nature and may benefit from hearing the “Tri Nature story: the beginning to the p resent day”.

The article is based around the most frequently asked questions and responds to the perennial question “what makes Tri Nature different from the rest?” It features in part in the February issue of The Natural Health and Vegetarian Society Magazine.

Hammersley Industries, Tri Nature’s parent company, was founded in 1972. At that time I had been in the chemical industry for 12 years and had been involved in the manufacture of high quality, chemical specialty products with a large multi-national corporation.

Our new company grew well, in industrial and commercial sectors, through the 1970s. Its success was based on providing highly efficient products and personal attention to the individual needs of our customers. It was this personal attention that awakened us to the notion that people in industry were not being served well.

This was a period when ‘sledge-hammer’ chemistry was practised by many companies and seemed to be the easiest way to tackle industrial cleaning and maintenance issues. Developing products using sledge-hammer philosophy does not take a lot of talent and the use of strong caustic alkalies, strong mineral acids or powerful chlorinated hydrocarbon solvents was common.

We began to understand that industry had little choice in what they used, as most chemical suppliers just offered more of the same. We also considered that, because we were a small company and closely involved with our customers, maybe we were in a good position to provide alternatives.

Developing products ‘with a difference’ was the germination of the ‘gentle chemistry’ philosophy.

They are very strong solvents and have very low boiling points, which means they evaporate quickly and leave no residue. They also have the advantage (for electrical work) of being non-conductive and non-flammable.

Are they the perfect solvents? Yes indeed – as long as the safety of the people handling or using them and the safety of the earth’s atmosphere is disregarded! The toxicity of chlorinated hydrocarbons ranges from ‘quite concerning’ to ‘downright scary’!

They evaporate quickly and the vapours are absorbed readily through the skin or by inhalation. They reside and build up in fatty tissues. T hey are nervous system depressants and can damage the liver and kidneys. B ack in the 70s and 80s, many were also ozone layer depleters.

The most toxic types of the ozone depleters have since been banned – but many other toxic CHCs remain in popular use throughout a broad spectrum of industry – one of the most concerning circumstances being the extensive use of large quantities of perchloroethylene (tetrachloroethylene) in commercial dry cleaning operations. This is one of the most toxic CFCs still readily available.

New, liquefied carbon dioxide technology may one day make the use of perchloroethylene obsolete – but, until then, I urge you to air all dry cleaned items thoroughly before bringing them into your home.

Hammersley was the first chemical company in Australia to formulate away from chlorinated hydrocarbons in industrial electrical solvents – and first to develop solvent-free degreasers, plus an entirely solvent-free industrial hand cleaner. Hammersley continues to provide safer industrial technologies to industrial and commercial accounts.

In the more general arena, we had become aware, through our investigations of international trends, of the increasing number of countries desperate to arrest a growing eutrophication problem in their inland water systems and their consequent legislation against the use of phosphates in laundry powders.

A laundry powder’s efficiency has always been strongly dependent on its phosphate content, with normal supermarket brands generally containing 30-40% of a phosphate compound. Sodium tripolyphosphate, the main phosphate used, is an important part of the building system of all regular laundry powders. Cost effective and very hard to replace, it is non-toxic and highly efficient in providing not only gentle alkalinity, but water softening, soil suspension, antiredeposition and free rinsing qualities.

The only unfortunate feature of this ingredient type is that it provides phosphorus as a nutrient to the effluent water. T his nutrient effluent remains unchanged through all wastewater treatment processes and acts as a fertiliser for the suffocating growth of weed and algae in our water systems (the process called eutrophication). Laundry powders share responsibility with automatic dish washing powders for being the greatest household contributors of phosphate nutrients to our waterways.

We were aware of the growing general alarm at the deteriorating health of Australia’s inland water systems and increasingly concerned about the very visible effects of the polluting phosphates and nitrates in our local, Hunter region waterways. These observations led us to believe that it was highly likely the Australian government would also legislate against the use of phosphates in laundry detergents.

Because of our personal concerns about the environment and the desire to preempt legislation that we believed was inevitable, we set about the task of developing a high–quality, phosphate-free laundry powder. This was the most difficult task we had ever undertaken.

European and American technologies revolved around the use of zeolites (insoluble alumino-silicate compounds that caused so many problems in some countries that legislation banning phosphates was repealed) or nitrogen compounds, a farcical replacement of one pollutant nutrient with another. These technologies produced powders that were less efficient and more expensive than their phosphated predecessors.

We had to do much better than had previously been done anywhere in the world. The research took a number of years, many frustrations and substantial funding, but resulted in our gentle and highly effective Alp ha Plus Laundry Concentrate powder.

Besides its ‘phosphate free’ status and proven efficiency, our laundry powder also offers many other benefits – both environmental and personal:

As it transpired, the Australian government did not legislate against phosphate/nitrate laundry detergents. The status quo was maintained, along with the problem of eutrophication.

It would be appropriate to mention at this point that our more recent Alpha Plus liquid products – Laundry Liquid and Gentle Wash – have negligible salt content and, being liquids, are also free of phosphates and nitrates.

For suburban grey-water gardening and the inevitable, future need to recycle wastewater on a grand scale, Peter Shepherd-Wilson of Waterwise Systems, a grey-water system manufacturer in Victoria, has declared that they are probably the best laundry products available in Australia. The ramifications of high salt levels in wastewater are that salts destroy garden soil and that large-scale desalination is, currently at any rate, a very expensive process.

Peter is very concerned about the high salt counts recorded at Melbourne’s wastewater treatment plants. Both he and the plant engineers estimate that, at the Werribee plant, where a lot of industrial effluent is treated, 10 percent of the salinity is attributable to household products. At the Carrum Downs plant, which receives far less industrial waste, they estimate that 30-50 percent of the salt count is caused by household products, mainly laundry powders.

The remainder would come from industry and the fertilisers used in agriculture, but this high household percentage provides an indication of just how much difference could be made by using truly environmentally responsible household products.

The birth of Tri Nature…

Back to the 1980s. Our company now had this ground-breaking, fantastically gentle, effective and economical powder to make available to the laundries of Australia.

However, it was a product with qualities and features which needed to be explained – and, through our work with the laundry powder and other development projects, we also had many more ideas for equally gentle and superior household products ‘waiting in the wings’. This was the genesis of Tri Nature.

A network of independent distributors and specialist retail outlets was developed, so that the benefits and advantages of our products could be fully explained to customers and users.

In October 1989, Tri Nature was officially launched, with a ‘small footprint’ philosophy. A philosophy of harmlessness to humans, flora, fauna, ecology and environment, and a passion to replace harsh and aggressive chemical products, petroleum solvents, phosphates and other environmental pollutants with gentle, naturally based, high performance products. A philosophy of ‘gentle chemistry’.

Since then, Tri Nature has extended from the 13 original products to a full range of household specialty and personal care products.

Sometimes the additions to our range have been slow to emerge, because a lot of our work is not easy. Each product must be the very gentlest and the very best available. Each product must provide real advantages, in usage, safety and environmental terms.

In the past few decades, Australian legislation covering poisons, dangerous goods and health and safety issues has gone a long way in making the chemicals that we are exposed to on a daily basis reasonably safe. While care still needs to be taken when choosing and using household cleaning products, they are much better controlled than in 1989 when Tri Nature began.

There is, however, considerable use of deplorable scaremongering and misinformation tactics used by some specialist manufacturers who consider it necessary to market their products by convincing people that using anything else may jeopardise the health and safety of themselves and their family. This is dishonest and brings no honour to our profession.

So, if things aren’t as bad as they were, what now gives Tri Nature the edge? What is it today that sets Tri Nature apart and why do so many users report so many beneficial results since switching from supermarket to Tri Nature products?

Tune in next month for part 2 for the answer…!

About the Author: Safe Clean and Crafty